Romanian Journal Of Physical Therapy - The journal of the Theoretical, Medical and Physical Therapy Subject-Matters Department of the Physical Education and Sports Faculty from the University of Oradea. 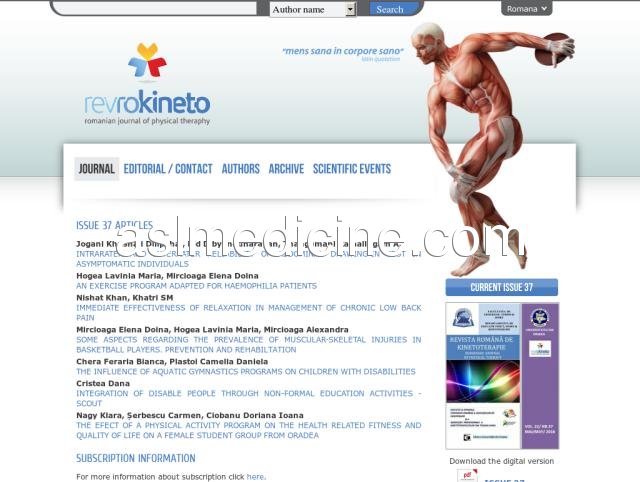